Posted by alphyjuma
in Uncategorized 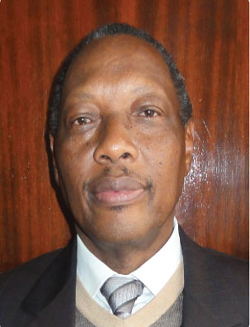 COURT OF APPEAL OF KENYA

1)   The request to deliver a keynote speech was made to The Hon.  the Chief Justice of the Republic of Kenya / President of the Supreme Court, (or simply, Mheshimiwa Jaji Mkuu) ,who is obviously not the person before you today. At his request, however, I am honored to carry out that duty. I caution you that the short speech I will make is not from the Chief Justice and I therefore take responsibility for all the flaws and inadequacies therein. The topic I will speak to is “Alternative approaches to e-Government” which I think interfaces with the overall theme of this conference.

2)   ‘Electronic Government’ (or in short ‘e-Government’) essentially refers to ‘The utilization of information and communication technologies to improve and enhance the efficiency and effectiveness of service delivery in the public sector’. His Excellency the President is on record, stating that e-Government is one of the main priorities of the Government towards the realization of national development goals and objectives for wealth and employment creation.

The Government has an e-Government Strategy outlining the objectives and processes for the modernization of Government, the enhancement of transparency, accountability and good governance; making the Government more result-oriented, efficient and citizen-centred; and enabling citizens and business to access Government Services and Information as efficiently and as effectively as possible through the use of internet and other ICTs. An institutional framework has been established under the Directorate of E-government to oversee and coordinate the implementation of the e-Government Strategy.

3)   I may not be able to offer any alternative model of e-government that would be conceptually or institutionally better than the one adopted by our Government. However, since the topic I have been requested to speak on is fairly wide I will endeavour to offer a prescription for an alternative approach by the citizen towards e-government.

4)   Conventional wisdom about the relationship between the citizen and e-government defines the citizen’s interaction with the government’s ICT infrastructure as a one-way street on which government content and other services are delivered to the citizen. In this scenario, even though some level of interactivity may be involved, the citizen is seen very much as a passive recipient of government services, and government is traditionally seen as the flawed outcome of a compromise between chaos and social stability; a necessary bureaucratic evil which should be provoked less and tolerated more.

5)   The alternative view of e-government that I offer is therefore the  Citizen’s perspective — a view that places the citizen right into the heart of government affairs and makes him or her an active collaborator in the affairs of government. E-government thus becomes,  ‘we-government’.

6)   The convergence of telephony, radio, broadcasting and computer media has been one of the defining characteristics of the information age. More than any other time in the unfolding story of humanity, we have tools that enable us to have unlimited access to information, and command over knowledge and knowledge systems. In the domain of cyberspace, we can project our persona and share our thoughts, our dreams and even our fears and concerns with the rest of the world, and we can do this anonymously or openly, from the convenience of our homes and offices and even as we travel. Most importantly, we can do this in a way that gives us absolute control over our own content.

7)   Today, when an idea is written on paper, it is known only to the writer and those to whom that paper is transferred. The diffusion of the idea and its possible contribution to the information heritage of humanity is restricted by the limitations of the time, effort and resources that have to go into the mere act of distributing the paper. On the other hand, if that idea is typed on a computer and published on a blog or on a social media platform, it is instantaneously available to billions of people. If any time, effort and resources have to be expended on it, it is in enriching it and transforming it from an idea to a product or other useful application. This is because while the writing on the paper is dormant, the bit, which is the smallest element of an electronic record, is alive with electro-magnetic energy. This electro-magnetic energy is the propulsion fuel for cyberspace – the bit can travel across space instantaneously; it is discoverable by internet search engines; it has the artificial intelligence to identify and aggregate itself with correlated data-streams in cyberspace.

8)   So what does this mean for we-government?

It means that the citizen has the opportunity to engage and collaborate with government on a level that makes him or her a worthy partner in governance and democracy. I will demonstrate this with three examples:

­The first is using cyberspace as the new space for social and political organization. Recent international news reports have made us witnesses to the fall of governments and the re-organization of the social, political and economic affairs of countries through popular uprisings organized and coordinated using the power of social media. The bloody and chaotic aftermath of most of these uprisings is not an indictment of social media but a demonstration of the consequences of violence and a breakdown of the rule of law.  Without condoning the loss of life, violence and destruction that has characterized these uprisings, something may be said about the positive role that social media can potentially play in social organization and the expression of citizen needs to government.

9)   The second is the act of Crowdsourcing. According to Wikipedia, crowdsourcing is the act of outsourcing tasks that were traditionally performed by an employee or a contractor to an undefined, large group of people or community through an open call. Through crowdsourcing, the public may be invited to develop a new technology, carry out a design task – also known as community-based designor design by democracy – or help capture, systematize or analyze large amounts of data. A good example is Wikipedia itself – a free online encyclopaedia written and edited collaboratively by largely anonymous internet volunteers. A local example is Ushahidi, where citizen reports of crime and violence are used to map the incidence and distribution of crime and help with the co-ordination of relief efforts. You can begin to see how much a government would stand to benefit by crowdsourcing the collective wisdom of its citizens for an idea or a solution to a problem.

10)      Finally, there is citizen entrepreneurship that is  driven by e-government. By this I mean the opportunity for the citizen to take advantage of the availability of public information online, to abstract that information and incorporate it into new applications and products that add value to the information. Early in July this year, His Excellency the President launched the Open Data initiative in which massive sets of raw statistical data and other public information was released to the public in electronic format. At the same time, the National Council for Law Reporting, a service state corporation in the Judiciary, launched an online archive of Kenya Gazette editions spanning over 100 years and the records of Kenya’s Parliamentary debates spanning over 50 years. Far from the enrichment of society that comes from this democratization of knowledge and information, application developers can transmute this information into applications that structure it and present it in ways that add governance value. One example is using non-aggregated demographic data to develop a visually interactive map of the number and distribution of households with access to basic social amenities.

11)      In conclusion then, the approach of ‘we-government’ that emerges is one in which the citizen shifts from asking ‘what can the government do for me’ to asking the following:

May God bless you all.